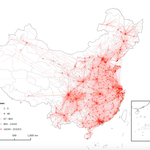 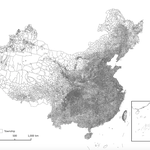 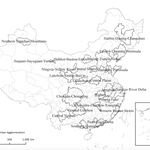 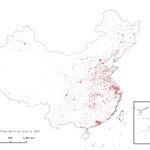 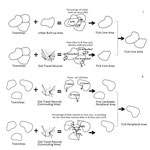 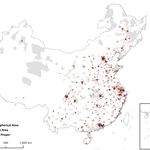 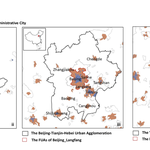 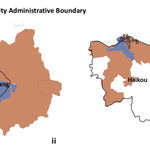 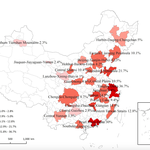 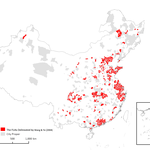 The problem associated with a city’s administrative boundary being “under-” or “over-bounded” has become a global phenomenon. A city’s administrative boundary city does not effectively represent the actual size and impact of its labor force and economic activity. While many existing case studies have investigated the functional urban areas of single cities, the problem of how to delineate urban areas in geographic space relating to large bodies of cities or at the scale of an entire country has not been investigated. This study proposed a method for FUA identification that relies on ride-hailing big data. In this study, over 43 million anonymized 2016 car-hailing records were collected from Didi Chuxing, the largest car-hailing online platform in the world (to the best of our knowledge). A core-periphery approach is then proposed that uses nationwide and fine-grained trips to understand functional urban areas in Mainland China. This study examined 4,456 out of all 39,007 townships in an attempt to provide a new method for the definition of urban functional areas in Chinese Mainland. In addition, four types of cities are identified using a comparison of functional urban areas with their administrative limits, and a further evaluation is conducted using 23 Chinese urban agglomerations. With the rapidly increasing use of internet-based ride-hailing services, such as Didi, Grab, Lyft, and Uber, globally, this study provides a practical benchmark for the delineation of functional urban areas at larger scales.

We are sharing the produced results on Functional Urban Areas in China (associated with the paper above)
DT42.zip
Compressed Archive in ZIP Format 17.5 MB
Download